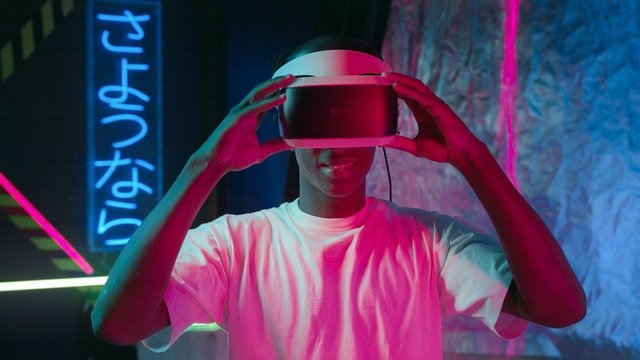 Parents vs the console

For many years, console gaming has caused tension between parents and their children. The worries are obvious: too much time sat down looking at a screen can be bad for both your physical and mental health, not to mention the solitary nature of many games affecting sociability. But now, with the advent of VR, many of these concerns have gone out the window as new forms of gaming offer multiple benefits for children.

Virtual Reality creators are naturally cautious over the potential problems of children being allowed unfettered access to video games, with Oculus Rift and Samsung Gear placing a 13+ age rating on their devices and Playstation VR 12 and over. But should parents really be concerned? Here are some reasons why VR gaming trumps console gaming when it comes to wellbeing.

Console gaming is sedentary, and it is well known that sedentary behaviour can have hugely detrimental effects on health. VR can offer the perfect antidote to this as the opportunities to get children up and moving are vast. The range of exercise and fitness games is expanding all the time, with fun titles such as Beat Saber and Knockout League taking advantage of the unprecedented freedom of movement provided by 6DOF technology to encourage children to work out while having fun. Such movement is exhausting, meaning that unhealthy gaming marathons are less likely.

And with technologies such as the Oculus Move fitness tracker app, you can track the number of calories burned and move minutes of your gaming sessions to get an idea of just how much exercise you’re getting. All of this means that sedentary gaming is no longer a threat to our children’s health and fitness.

As well as being good for children’s physical health, VR gaming can be leveraged to provide a safe escape from the stresses and strains of everyday life, thus improving children’s mental health as well. In Harmonix Music VR, users can listen to their music library while relaxing on an alien beach. You can lie back and watch your songs transform the beach, but you can also get creative by making 3D drawings which react to the music or choreographing dance moves for a range of weird and wonderful characters to perform.

The potential for creative games which help kids to explore their imaginations and develop their curiosity and problem-solving skills is also vast. Games like Contraption, in which you have to build machines in order to overcome challenges, draw on children’s creativity and ingenuity, and all while moving their whole body rather than just their thumbs and fingers.

Multiplayer games have been around almost since gaming began and online gaming has taken this to another level. However, the picture of a child sitting alone in front of a computer screen playing video games is all too common and many children can become isolated, stunting the development of their social skills.

With Virtual Reality, children can come together in virtual locations to socialise and collaborate in ways that are simply impossible on traditional gaming consoles. In the game Keep Talking and Nobody Explodes, for example, players have to work together to defuse a bomb by talking their friends through a bomb defusal manual, teaching them to cooperate and communicate, and all while socialising.

VR gaming offers today’s children the chance to have experiences and explore places children from even twenty years ago couldn’t even dream of. Google Expeditions is a free app which children can use to explore countries and landmarks all around the globe, while BBC Earth: Life in VR allows children to learn about the underwater world along the Californian coast.

Along with more educational games such as this, there are games like Eagle Flight, in which you play as an eagle flying around Paris. Flight simulators have been around for years, but they can now be experienced literally from the pilot’s interior cockpit point of view.

The Future of Gaming

VR has already changed the world of gaming, but it’s clear that it’s going to have many advantages over traditional console gaming as the technology develops and expands. Early signs for parents are very positive and the potential for getting kids moving and active is fantastic. With new technologies, there is always the need for sensible caution, but, in a recent study carried out by Common Sense, an organisation devoted to helping today’s youth navigate the difficult world of media and technology, co-author Jeremy Bailenson writes, “The vast majority of hundreds of kids… observed have been thrilled and delighted. Nobody got sick, nobody got hurt, and to date no parents have reported any ill effects.” All this is good news for children and parents alike and, the best news from the study: “VR is super fun.”

How Virtual Reality (VR) Can Enrich the Hospitality Industry

How is VR used in architecture and construction?